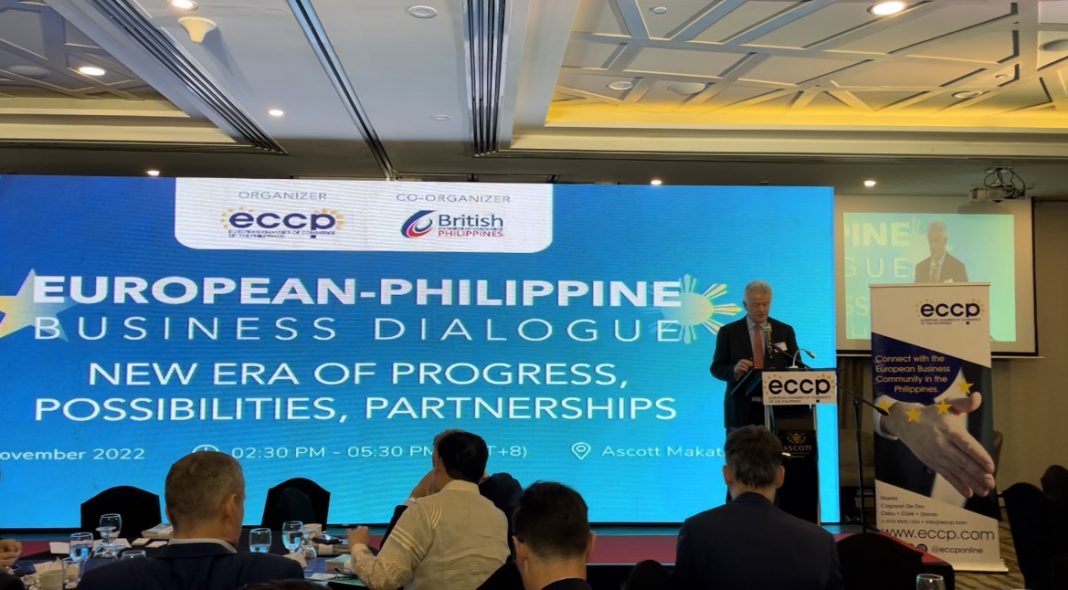 Additionally, there were government representatives like DTI’s TSO Vichael Angelo Roaring and Vivian Santos, PEZA Officer-in-Charge. Ambassadors were also in attendance such as British Ambassador to the Philippines Laure Beaufils and keynote speaker Luc Véron, Ambassador and Head of the EU Delegation. Ambassador Véronshared in an interview that the bilateral trading goods in commercial relations between the EU and the Philippines over the last years have been in steady growth. Before the COVID-19 outbreak, the total EU-Philippine bilateral trade reached up to €15 billion, which lumped by 17% in 2020.

In an exclusive interview with the media press, Chris Nelson, British Chamber’s Executive Director and Trustee stated that the Chamber is constantly promoting the UK companies to do business in the Philippines — “not only ‘cause the Philippine market is very interesting, but [also] as a gateway to Southeast Asia.”

On the other hand, with the extension of lowering the tariffs, Nelson emphasized, “I think keeping up in terms of the request from meat importers, which is to further keep the lower tariffs,” as well as “ratification of RCEP would be a significant move” to enhance trade relations.

In correlation, British Chamber’s upcoming event would be a year-end gathering with the Agriculture and Horticulture Development Board (AHDB) on the 2nd of December — serving as a catch-up session for the UK-Philippine Meat Trade Mission last May.