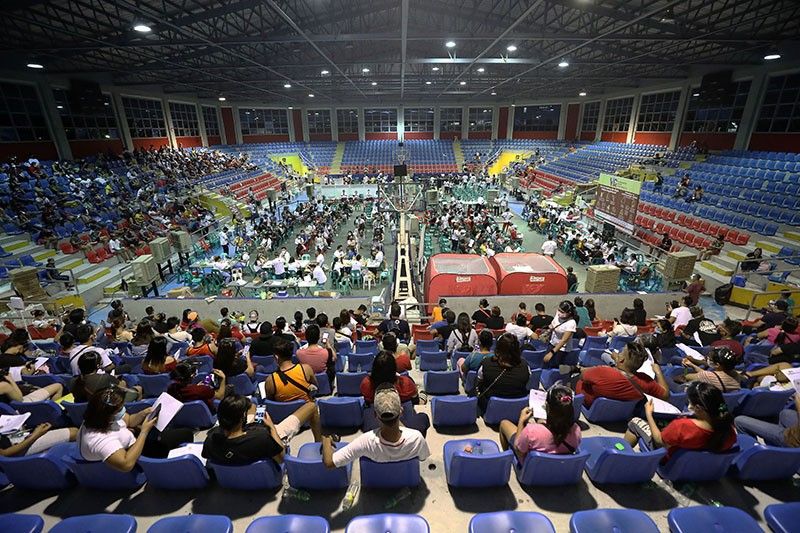 MANILA, Philippines — The British Chamber of Commerce of the Philippines backs the proposal to put up ‘bakuna bubbles’ to let more businesses open while vaccination against COVID-19 continues.

Nelson did not touch on the part of the proposal to limit unvaccinated people to just work and home, saying only that there should be “positive discrimination” for people already vaccinated against COVID-19.

“Obviously, this is a key issue in various counties,” he said of different treatment for unvaccinated people, saying also that people who want to get vaccinated should be able to get doses of the vaccine.

He said the chamber has been working with its members and local government units to get more supplies of Astra Zeneca and Moderna vaccines into the Philippines.

Nelson said there should also be “positive incentives” for people who have already received the jabs. Citing practices in other countries, Nelson said that “look, those who are vaccinated, they’re allowed to dine inside, if you’re not, you’re dining al fresco.”

“The difference is vaccination. Vaccination has allowed them to continue to open up because, of course, it puts less risk on individuals who are vaccinated,” he said. Vaccines have been shown to lower the risk of getting severe COVID-19.

He added members of the chamber are “big supporters of bakuna bubbles”, saying also that these can be done as Metro Manila reaches the 70% vaccination rate that is believed to lead to herd immunity within the capital region.

He said the chamber also supports the government’s plan to shift to “granular” lockdowns, where smaller areas will be put on strict quarantine, instead of entire regions.

The move is seen to allow more businesses to operate since only specific streets or houses and buildings will be locked down to isolate potential carriers of COVID-19.

The “bakuna bubbles” — originally called “micro-herd immunity” — proposes allowing vaccinated people more access to leisure services while also limiting the movements of the unvaccinated to their homes and to their places of work.

The Commission on Human Rights has said that different treatment for vaccinated and unvaccinated people could lead to undue discrimination, especially given challenges in vaccine supply.

“Even if we treat greater mobility as an incentive to get vaccinated, the challenge on vaccine supply in the country remains,” commisison spokesperson Jacqueline De Guia said in August.

“Any mode of restriction of rights, such as the people’s freedom of movement, should be based on scientific evidence; should neither arbitrary nor discriminatory; and should especially be mindful of its possible disproportionate impacts to marginalized populations,” she also said.

Justice Secretary Meardo Guevarra also said in August that the proposal can be done when more people have been vaccinated.

“The idea is good but may be challenged as violative of the equal protection clause by those who have remained unvaccinated but are nonetheless complying with mandatory health protocols,” he said.

In response to a declaration in July by President Rodrigo Duterte that the unvaccinated should be escorted home if they go out, the Department of Health said vaccine supplies are too low for that kind of policy.

“We don’t have enough supplies to say that only vaccinated can go out and the unvaccinated cannot go out,” Health Undersecretary Maria Rosario Vergeire said then.